This poem was first written sometime around October last year (2019). It’s the only poem that I have ever written for my mother. I think she read it once or twice. I can’t say she felt as strongly about it as I do but like my every poem, she appreciated this one too.

Mum passed away last week due to a chronic illness. I still haven’t completely accepted the truth but I also believe that’s true for everybody who has lost a loved one.

The very first time I cried without a reason
And knew that I was crying without a reason was when I was twelve.
My mum immediately noticed that my eyes looked unusually red.
And so, she said,
“It’s just your hormones. You’re growing up.
Don’t worry my darling, go to bed.”

The second time I cried without a reason was on the third day of my first period.
My mum was in the kitchen,
Busy preparing a hot water bag to soothe my cramps,
She heard my sobs and calmly said.
“Oh my dear, it’s just your mood swings
You must be… what do they call it? PMS-ing?”

The third time I cried,
I had a reason – I was thirteen and I had no friends.
Mum cursed “those absurd fools” and
Wiped the tears off my face.
And once again, very sweetly she said,
“Friends come and go.
But I am and will always be here for you.
You’re my….I always forget what it’s called,
OH YES! “BRO”!

The fourth time I cried,
My reasons had begun reaching for the sky,
And I wish I could say, “So had I”.
But I guess that wasn’t really my time,
For I had tried to ink my beloved’s name on my wrist with a permanent pen.

And the entire school called me freakish and insane,
And that included that guy,
Whose name I later scrubbed off my wrist so damn hard,
That my wrist started bleeding!
But this time, for the first time, my mum didn’t say anything,
For she didn’t know and
For I chose never to tell her.

And then, and then, I turned fourteen!
And mum noticed that scar on my wrist,
When it turned out that the watch that she had chosen for me didn’t fit.
I clenched my fist like never before,
When I noticed that she had seen everything!
But she didn’t ask me anything. She asked me absolutely nothing.
She only said,
“You need some space.”

So, instead of holding my favourite round pillow in my arms to help myself fall asleep,
I would bite it. And,
Sometimes when the pillow didn’t feel soft enough, I would hide it
And start biting myself instead.
Because I wasn’t ready to let my granny hear me screaming,
At three AM in the morning.

I needed some space and so, every single night,
I would keep a spoon in the freezer
And I would press it gently, slowly,
Against my swollen red eyes, the next morning.
Before my mother could open hers.

I would spend hours in the washroom and when mum asked me
“What’s taking you so long? Open up!”
I would say that my stomach didn’t feel right.
And after that she would never ask me anything another time.

Four months ago, just four,
I turned fifteen! FIFTEEN!
And I had to sleep alone.
Because granny believed that
She had seen everything that there could have been.

I would keep my inhaler under my pillow,
And as I wondered if the round fan looked anything like the white Moon,
I would stare at the ceiling in my room,
And go to sleep only and only when the cuckoo sang my favourite lullaby to me.

But my mum, my dearest mother, never said anything,
For she never knew and she will never know.
Well, at least, I think so.

Last night, I couldn’t sleep after I heard her crying,
At exactly three thirteen in the morning.
It was as if she was biting the pillow as hard as she could have,
For I knew that I had heard this muffled scream somewhere before.
I could feel her chest hurting and her eyes burning.
Her throat must have gotten really sore.

For a moment, in fact, I thought that I was her.
But I was in my room, busy writing her a lullaby.
And she was in hers, crying.

All these years,
I made sure my mother never asked me
If I still cried every now and then, without any reason,
And gladly, she never asked me anything.
I kept thinking that I was hiding my tears from her but,
But little did I know that I was only making her dead sea saltier.

Now, it has been a long time.
Or at least, that is what it feels like.
And I have, dear mother, realized that
You never knew,
But neither did I.

This is probably the most honest poem I’ve written till date.

I wrote it long, long ago but didn’t have the guts to share it.

I edited it recently and here it is now.

Have a good day, readers!

I'm an amateur at almost everything I do but I'm a professional at being stupid and sevente...you read the tagline, didn't you? If you want to know more, head to the "About" page because it's much lamer. Thanks for visiting! View all posts by Anu

17 thoughts on “She never knew but neither did I.” 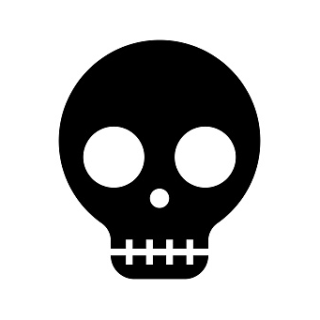 I'm an amateur at almost everything I do but I'm a professional at being stupid and sevente...you read the tagline, didn't you? If you want to know more, head to the "About" page because it's much lamer. Thanks for visiting!

Searching for something you read a while ago?

Unauthorized use and/or duplication of this material without express and written permission from this site’s author and/or owner is strictly prohibited. Excerpts and links may be used, provided that full and clear credit is given to Anupriya Kumari and anupriyakumarii.wordpress.com with appropriate and specific direction to the original content.